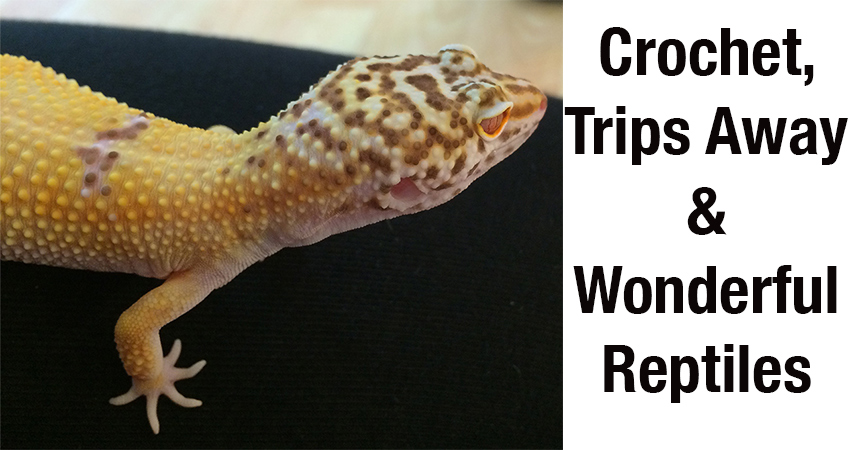 A lot has happened in the past few weeks.

I have found it hard to find the time to blog, so I can’t wait to catch you guys up on the highlights.

It’s been a bit of a mixed bag, what with half term and the run-up to holiday season.

So lots to chat about!

I have finished some lovely new crochet projects and a couple of commissions.

Including the Crochet Panda and Easy Crochet Hat patterns I published recently, along with some more lovely Labradors, who have now winged their way to their new homes. 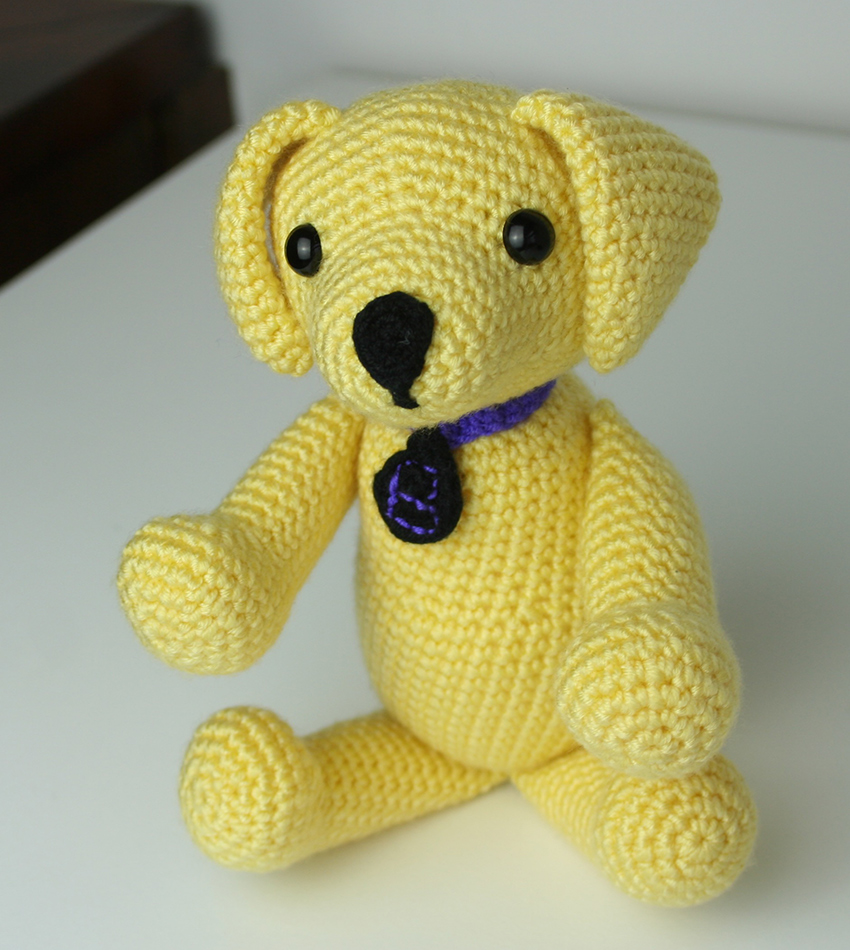 I also found that several people on Ravelry have shared pictures of their crochet Labradors, made using my pattern. I can’t tell you how happy that made me to see!

Over half term I was lucky enough to spend five days in Center Parks with my family and my sister’s. It was full-on with four under 8’s, but we all loved it. 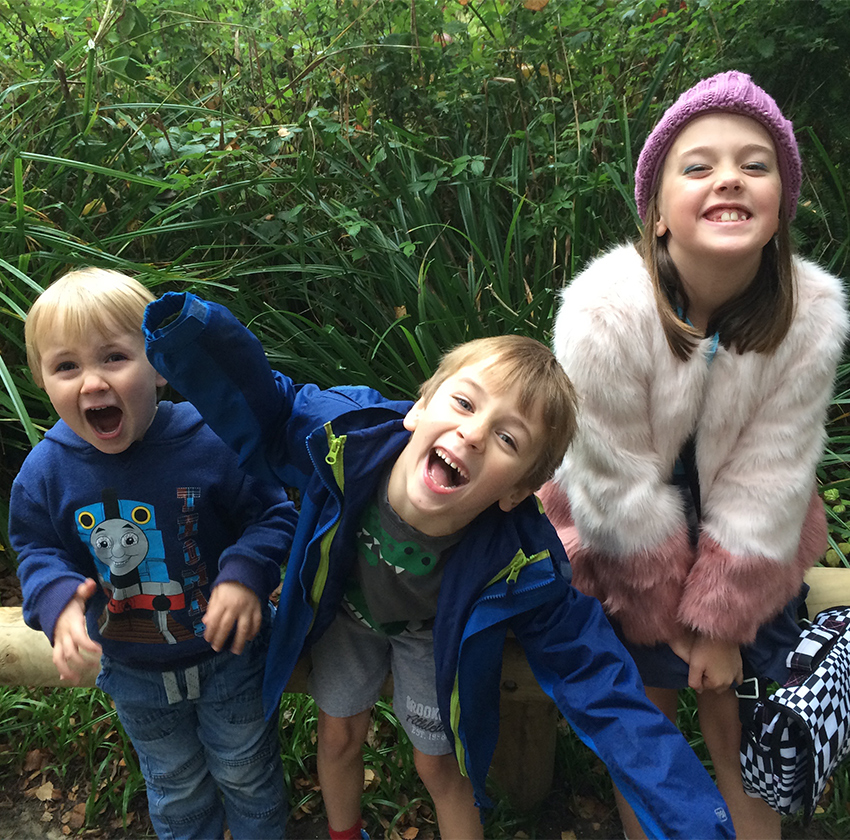 There are lots of activities on site, and although many are a bit out of the age range of our little ones, there was still bags to do.

We played a successful round of crazy golf, which was no small achievement when you have an eight year old, a five year old and two three year olds with you. Even if some of the members of the gang were a bit tired afterwards! 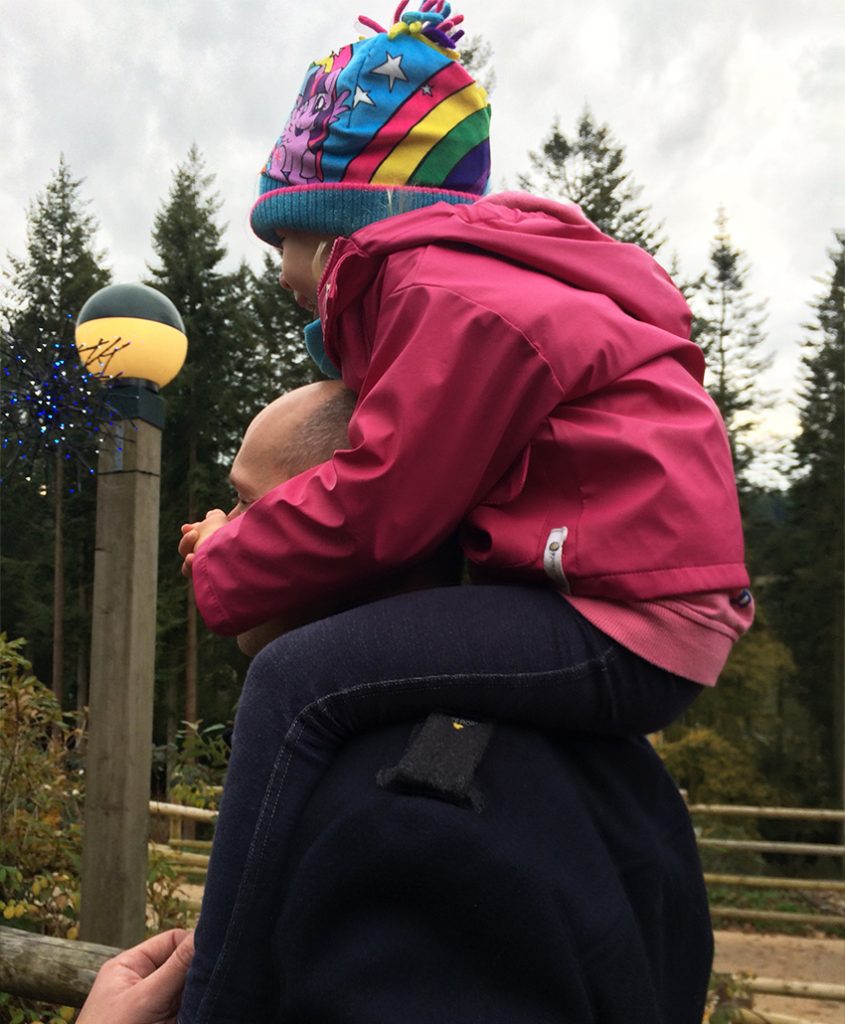 There are lots of water sports to try there. Sadly, I remembered as we hit the lake that a pedalo is more exhausting than it is relaxing. But it was lots of fun balancing my daughter on my lap, trying to subtly encourage my husband not to steer us into the banks! 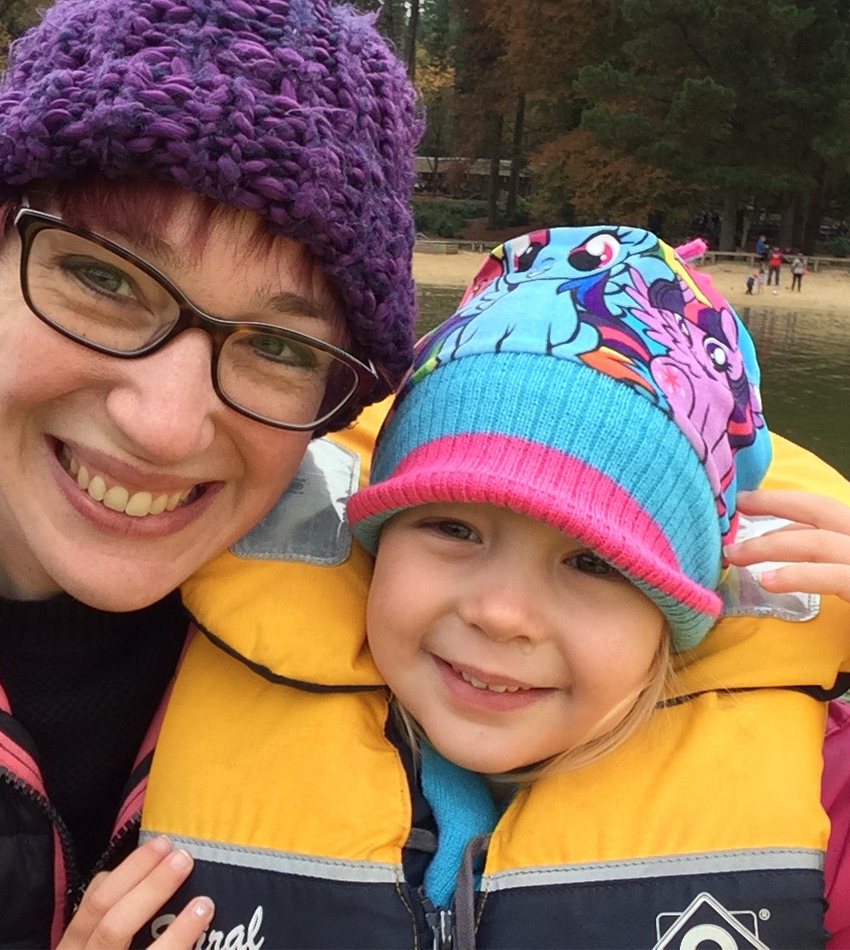 We discovered that cupcake decorating can hold a three year olds attention for over 40 minutes. Although I’m sure the lure of getting to eat them later played a big part.

I was actually quite impressed with the end result from a three year old! Points for animal identification: 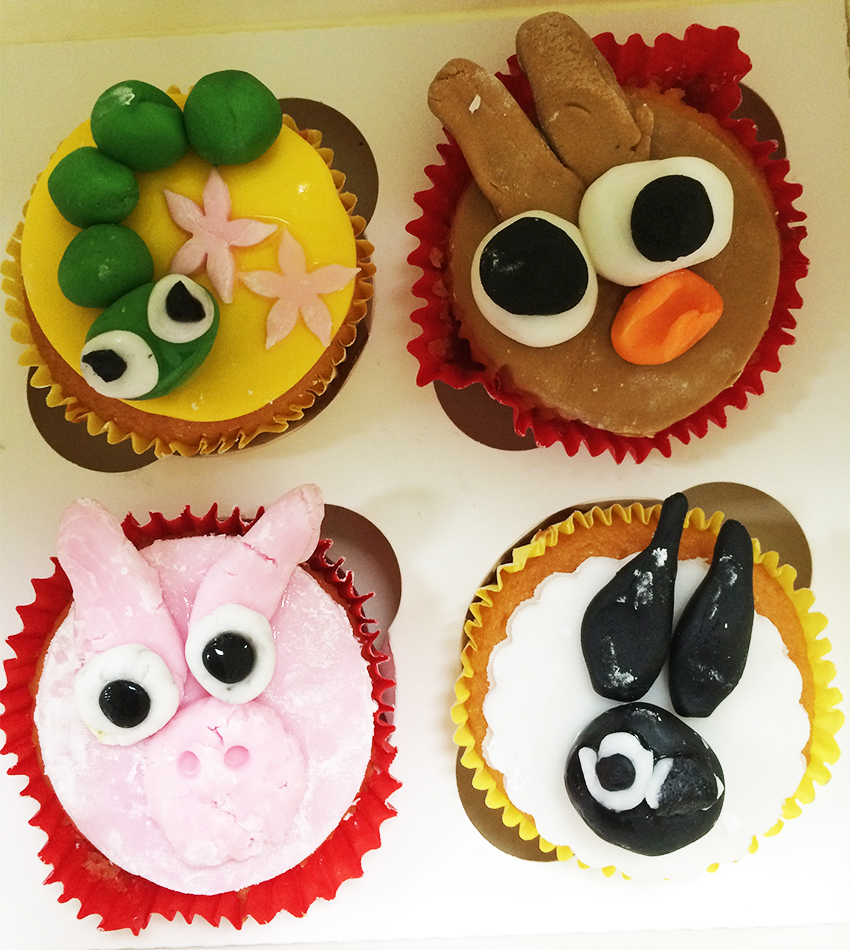 The house we stayed in had a pool table, and I managed not to throw all my toys out the pram when it turned out that four years of missed practice had seriously impacted upon my abilities. (Damn you parenthood, equalling less time spent in the pub). 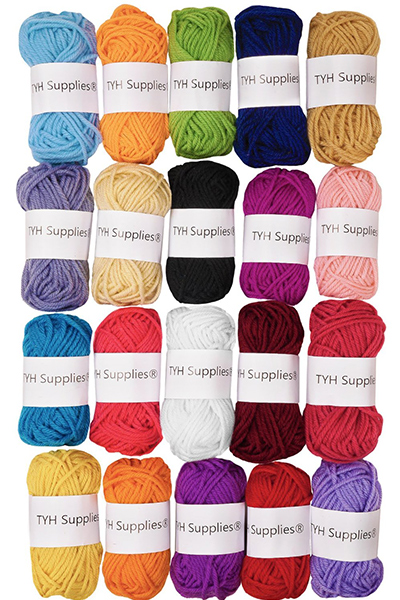 One night my sister and I even spent an evening at the rather fancy spa – putting the world to rights, whilst trying out all of the different ridiculously themed treatment rooms and saunas.

The steam, salt and citrus filled areas gave us as much of a laugh as they did a deep cleanse.

The best room by far was the completely empty one, filled only with six stone ‘beds’ for mediating in.

We gave it a go, and despite a seriously attack of the giggles to begin with, I really settled into it. I’m not sure I meditated as such, but it was as close to relaxing as I ever get.

Over all I must admit that I’m probably not a ‘spa person’, but every year or so it’s nice to pretend. Especially when it means spending time alone with my sister.

On the walk back to the house, they had started to set up Christmas too. Which was just a little bit magical.

Another of the nights my sister and her husband babysat the kids, whilst my husband I had some alone time. We spend it in a thoroughly mature way, riding water slides, roaring around the rapids, playing on arcade machines and eating steak.

So Center Parks was great fun, but I must admit to having been relieved to get home to the pets and my mountains of yarn.

I brought some ongoing crocheting with me, but didn’t have a lot of time to pick up my hooks. I had even started to lose my calluses after a mere five days off!

Today was one of my Mummy/daughter days. When I am off work and she is off nursery. I’m treasuring them more and more as we creep closer to the time next year when she will be in school full time.

We had a fantastic day, a mixture of messy crafts at home and brilliant trip to the local reptile centre. 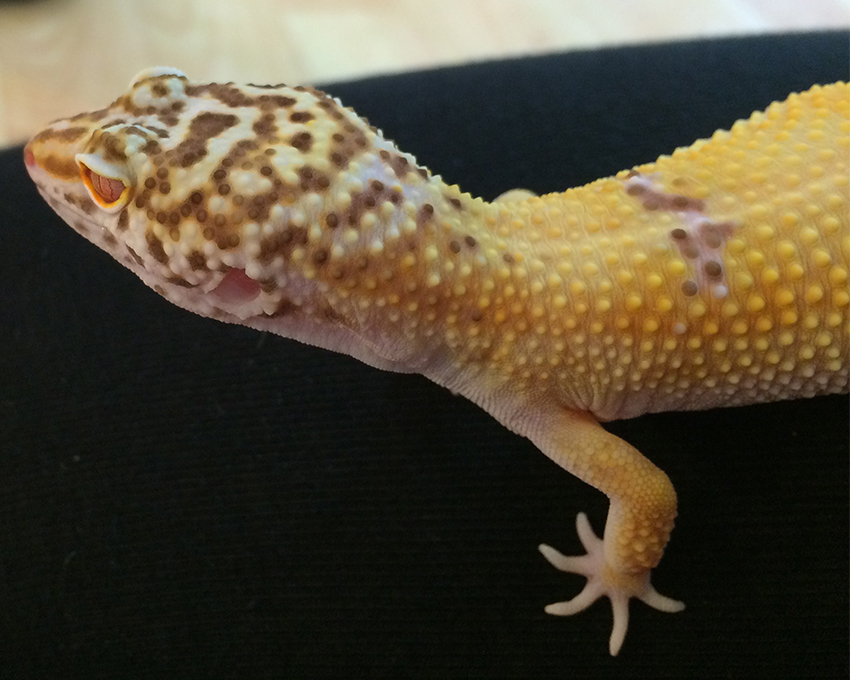 As luck would have it, a friend I train with works there a couple of days a week and was lovely enough to let us say hello to lots of their residents. 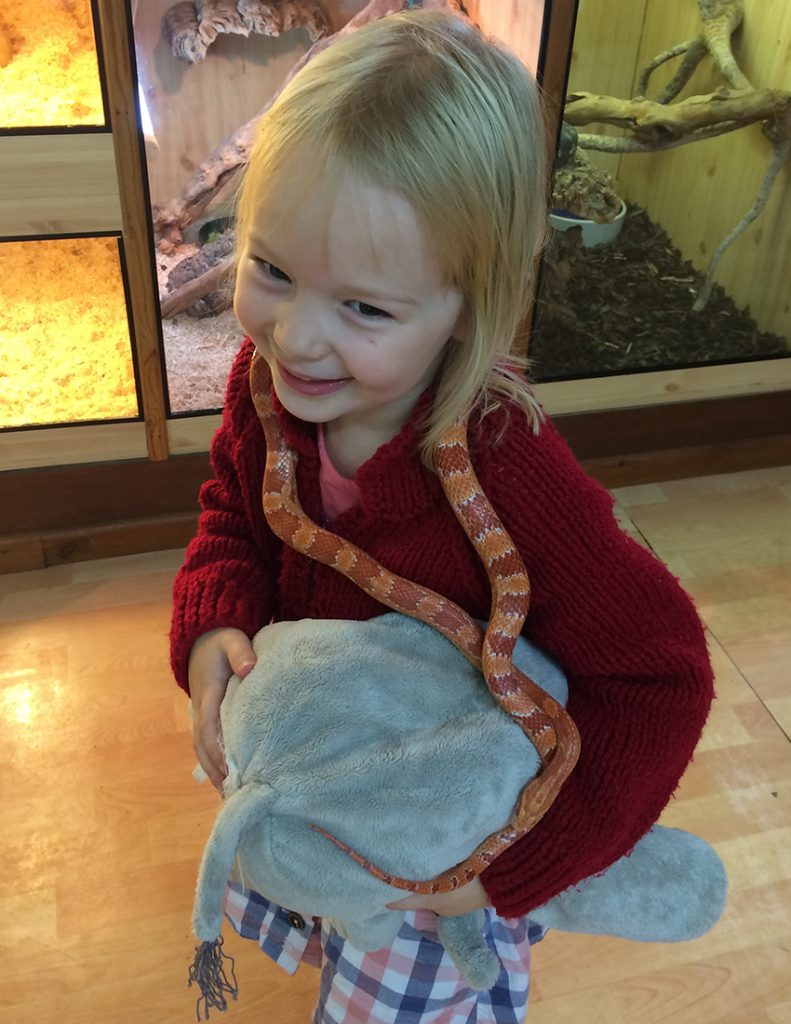 I’m trying to convince my husband that he’s happy for us to bring this little guy home. 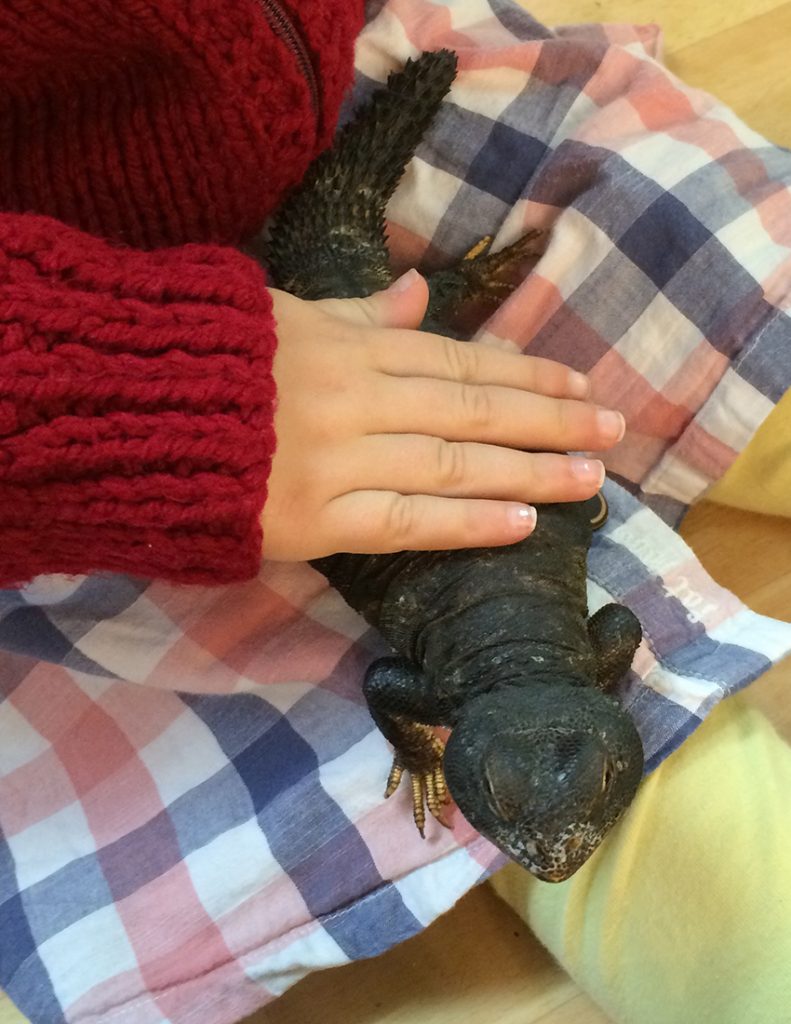 If you have read this blog before, you will probably be aware that I’m a bit pet-crazy. We already have a number of guineapigs, fish and a cat. But surely an adorable lizard would be the perfect way to round off our family?

I will let you know how I get along with that one!

Since being home from the holiday I have started a few new crochet projects.

A big thanks to my Facebook Fans who helped my crisis of confidence the other day. You guys are the best, and I am reassured that this robin is sufficiently ‘robin-ey’. 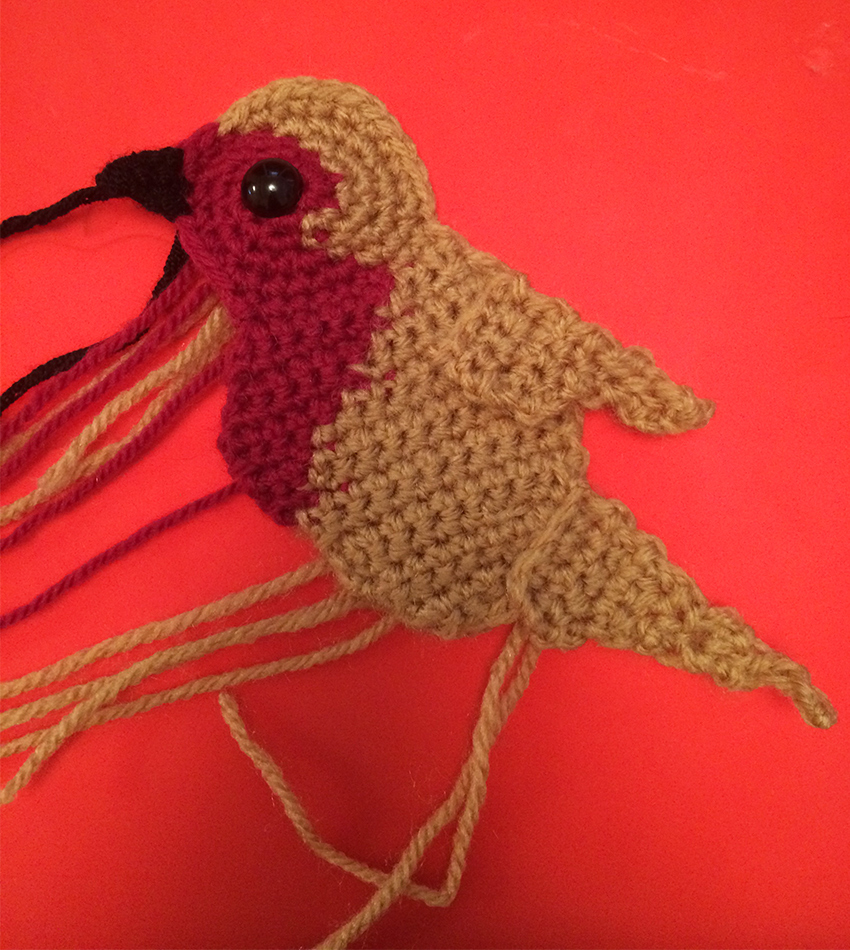 As you can probably tell, my big project is Christmas themed. I will let you know more about that soon! 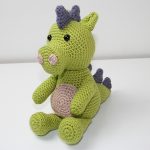 Every crochet lover needs their own crochet … END_OF_DOCUMENT_TOKEN_TO_BE_REPLACED